Phi Beta Sigma is comprised of seven regions, which are geographic groupings of chapters for the purpose of easier programming, close supervision, and facilitation of the administration of the Fraternity.  The “Super” Southeastern Region consists of nearly 100 collegiate and alumni chapters across three states: North Carolina, South Carolina, and East Tennessee.

History of the Southeastern Region

Click through each tab below to learn how the region came to be the Southeastern Region:

The odyssey of Phi Beta Sigma into the Southern Region, now the Southeastern Region, began in 1919 with the establishment of Eta Chapter at North Carolina A&T College in Greensboro, North Carolina. This was brought about largely through the efforts of Brother W. Sherman Savage, a teacher at the college, who was elected National President of the Fraternity in 1919.

By the time of the Chicago Conclave in 1933, there were twenty-five chapters in the region. Including those added were: Alpha Epsilon Chapter at Johnson C. Smith University in Charlotte, North Carolina, and Phi Sigma Chapter (1931) in Knoxville, Tennessee. Brother R. O. Johnson, the Regional Vice-President, had planned a Regional Meeting but called it off in favor of the 1934 Conclave in Washington, D.C. There he reported that all but two of his chapters were active.

The Southern Regional structure was split at the 1935 Atlanta Conclave. The upper portion of states composed of Kentucky, North Carolina, South Carolina, Tennessee, and Virginia was put into a new Central Region with Brother R. O. Johnson as the Vice-President. The new Southern Region was composed of Alabama, Florida, Georgia, Louisiana, and Mississippi.

Brother Dr. Felix J. Brown of Richmond, Virginia was elected Vice-President of the Central Region. He published a newsletter called “Contact” in 1938 which described the fmt Regional Meeting on April 30, 1938 at Shaw University in Raleigh, North Carolina. The main speaker was Brother Robert Russa Moton, the retired President of Tuskegee Institute.

Interestingly enough, the second Regional Meeting was held in Knoxville, Tennessee April 15, 1939. Phi Sigma Chapter in that city was just eight years old and the Chapter at Knoxville College had not been established. One can only speculate that Knoxville was chosen because of the national attention being given to Brother Dewey W. Roberts, who had successfully led the fight to equalize teacher salaries in that city. Two years later Brother Roberts was elected Regional Vice President.

The 1940 CRESCENT MAGAZINE, the official organ of the Fraternity had this to report on the Regions: “Every year we elect a National President, four District Presidents, a Secretary, Treasurer and other officers.” Listed in the front of that issue were the following regions: I. The Eastern District 2. The Northern District 3. The Southwestern District 4. The Central District. It had inadvertently omitted the Southern District.

The fall 1946 issue of the CRESCENT reported that the July 1945 Regional Meeting in Winston- Salem, North Carolina had attracted chapter representatives from Richmond, Virginia; Nashville, Tennessee; Louisville, Kentucky; Suffolk, Virginia; Greensboro, North Carolina; Salisbury, North Carolina; Orangeburg, South Carolina, and Winston-Salem. The SIGMA LIGHT handbook published in 1946 indicates that Virginia was taken from the Central Region and that West Virginia was added. A change in title was noted in the winter 1946 issue of the CRESCENT. It referred to the former Regional Vice Presidents as “Regional Directors.” It also said that these directors were elected by their respective regions and not by the Conclave. “The National President (George A. Parker) thought there should be about a dozen separate regions or districts for the United States,” it said.

As the regions continued to evolve, the Atlanta Conclave of 1947 was composed of the following nine regions: Central, Lone Star, Southern, Southwestern, Northwestern, Eastern, Northern, Western, and Southeastern.

In the early 1950s, the Central District included Kentucky, West Virginia, and Middle and West Tennessee. It was dissolved at the 1954 Norfolk, Virginia Conclave. The Southeastern Region became as it is constituted today with East Tennessee, North Carolina, and South Carolina. 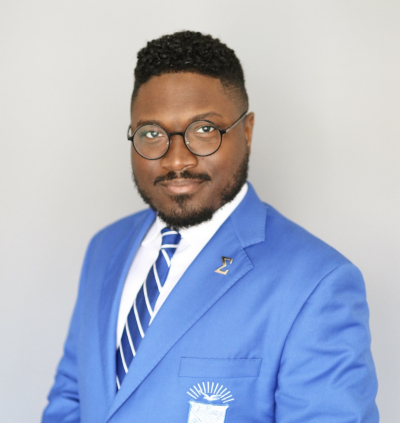